The reason you should LOVE designcriticism

Honesty about your fashionproduct can actually increase your turnover. So why is the fashion industry so afraid of it?

The fashionindustry hates criticism and negative feedback . Basically it isn´t welcome! But this little annoying thing can actually be the key to your future success as a fashionbrand. Read about how this can be!

99% of the time fashion and fashionproducts are talked about in a positive way. The fashionmagazines tells the consumers how amazing the next season is and how wonderful all the new colors are. But fashion and fashionproducts in generel are never 100% flawless or perfect –surprise!… That should be logic for most of us, but still we never wonder why the ”real” comments and reflections never appears in magazines and newspapers. The comments that maybe have a negative approach, because there IS products out there, which simply doesn´t do their thaaang! Fashion is of course about taste and personal  preferences, but I am still quite sure that people educated in design or within other relevant areas are able to give a well argued criticism.

The reason why we don´t see the negative feedback in the media is because of the dynamics in the fashionindustry. If we take a look at the magazines, you will find out that the magazines survive because of the advertising, and who pays for the advertising –the fashionbrands! It is just like living at home with your parents when you are 30 and then telling them all the stuff you think should be different or done in another way –you just don´t! 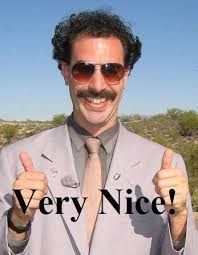 So the fashionindustry is surviving with patterns dominated by positive feedback –no matter how crappy the products are. If we all boost each other, we will hopefull get the same success…Or will we?

But what happens when everything is ”great” and ”fxxxxing amazing”? Then nothing is really great! The meaning disappears and no one really believes in the positive things being said. Years ago when the bloggers started doing their shit (in a positive way) everybody loved the honesty. The were being trustworthy and the consumers would buy the products. The fashionbrands (and beautybrands) saw that immediately and used this nice feature to promote their products. But time went on and the bloggers started to get money to say something positive about the products, and then what happened…. Their statements started to get just as untrustworthy as the articles written in the magazines!

Negative? = We will hunt you down!

Once in a while some one from the fashionindustry is talking about the need for designcriticism, lately this was done by designer Luca Nichetto. He said: “The magazines are full of products, but no one dares to say the truth about them, because of the adds.  Receiving designcrtisicm will keep us alive as individuals and creative experts within our field”. Nichetto understands the value of critisicm (love the guy)! But who dares to give this critisicm? No one! When it happens, and you notive a person trying to give some negative feedback –in a constructive way, this same person disappears from the fashionindustry very fast. You maybe think that CIA or the navy seals have made the ”bad thing go away”, but naaaa –it is just the business that have excluded the person. Critism is not welcome! And that is a shame!

And now to the positive part (actually I am a really positive person)! Some people understands the golden value in honesty when it comes to criticism. In Denmark we have two awesome bloggers called Powdercans (in danish ”Pudderdåserne”). They have succeeded by being honest all the way. Actually it is what they are known for. They give deep, well argued feedback and explains why they experience the products in a certain way. They have branded them self as trustworthy (even if it wasn´t the intention to begin with) and they now have a position on the market that is worth A LOT! The consumers love them. They know they can trust what they Powdercans are saying! And that is a rare thing in the fashion – and beautyindustry. Worlds often build by expensive promotion and marketing!

Be honest and succeed

The Powdercans have done a great job and still do! They now have their own succesfull brand of beautyproducts (surprise –I think not). If the Powdercans like a certain product, the consumers will as well. This fact is important! The consumers have millions of offers and choices today and by a quick google search they can get the first 20 opinions about your product. Scary? Don´t be afraid. Face the facts and create something awesome. Something that works. Something that is relevant and something the consumers simply can´t live without. And if the consumers really like it –it is homefree!

Don´t use your money, time or energy on big empty set-ups, trying to convince the consumer ”this is the shit”. Use the energy earlier. Listen to the feedback, even if it is negative, and then create the products we all love! The criticism is a unique possibility for you to create even better and stronger products. Products that will end up having positive , sincere and honest recommendations .