Where did the hipsters come from?

The discovery of The Hipster

8 years ago I were working on my final thesis at the University (about “The function of fashion in identity-creating processes”)and my professor recommended me to read about a new group of young people called “Hipsters”. I found an article and looked it through. The hipster was described, as if some kind of new animal race was discovered. But even though I read the article several times, I never really understood who these people were. 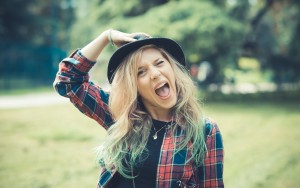 But then they were suddenly everywhere! At the partys, in the fashion-shops and especially at the festivals. They had “reproducted” themselves into thousands in just some few years, but where did they come from and who were they?

How to solve The Hipster Mystery?

I continued to read articles to find out more about this human-race and there were plenty of opinions about who they were -often written in a sarcastic and negative tone. But I were never satisfied with the knowledge in the articles. They could´t give me the answers I were looking for. But then it finally happened! I saw the light! The hipsters had always been here and they were not a new human-race or new consumer group -they were “early adopters” with an internet connection and a smartphone.

Because what happens when the group called “early adopters” (people who don´t invent new trends, but adopt them as some of the first consumers) gets access to the latest trends through the internet? They adopt the trends as soon as they have seen them on the internet. Actually they do the same thing as they have always done: Find out what´s next and wear it! The big difference is that, 10-15 years ago the early adopters didn´t have the same access to this information, so they couldn´t wear the trends as fast as today. It could take months before they saw a new trend -and then they had to spend several months to get the item (maybe it wasn´t even out in the shops yet).

When thousands of early adopters track down a new trend today -it will only take some minutes before they apply the trend into their own closet and wear it on the streets. The rest of the consumers out there will experience a large consumer group all looking more or less alike -all because of the democratic fashion; that fashion is now available for everybody.

So if you have ever wondered about who or what the hipsters are -the answer is simple. Add some early adopter + open access to fashion trends = The Hipster is born 😉